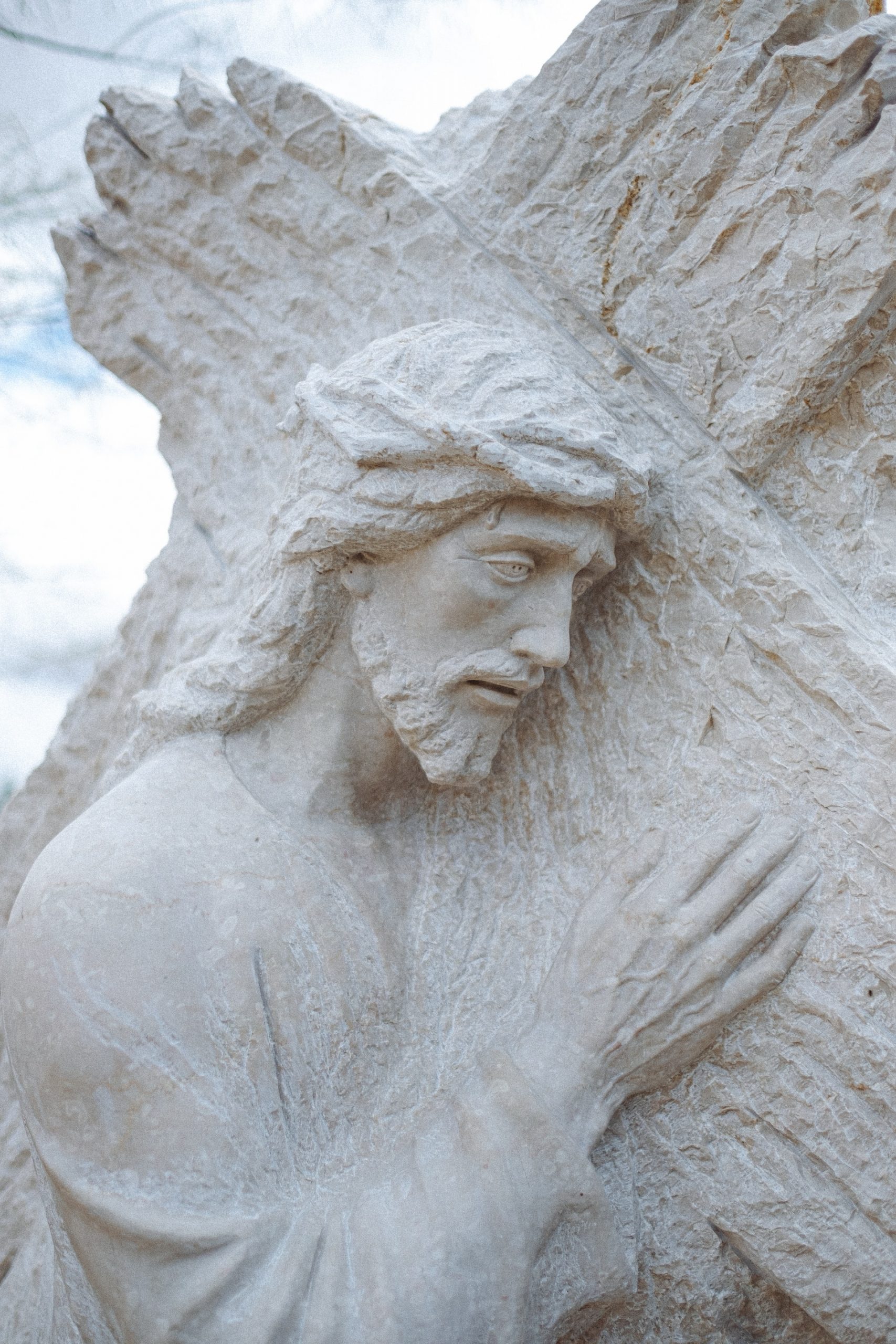 The nature of the Atonement has been something I have looked at, studied, thought about a lot. It is something that amazes me; that God would come in the flesh and be a sacrifice on my behalf so that I can be reconciled to God the Father. So I would like to get theological with you if I may, and share with you an article by Stephen D Morrison, who outlines in summary the seven major views on the atonement, and then add a comment or two of my own. I want to encourage you to look into this subject yourself and experience the fascination of God’s grace, the joy of what God has done for us, and to be more able to defend your faith when it comes to this central tenant of our faith. Be blessed as you read.

One of the earliest theories for the atonement is the Moral Influence theory, which simply taught that Jesus Christ came and died in order to bring about a positive change to humanity. This moral change comes through the teachings of Jesus alongside His example and actions. The most notable name here is that of Augustine from the 4th century, whose influence has almost single-handedly had the greatest impact upon Western Christianity. He affirmed the Moral Influence theory as the main theory of the Atonement (alongside the Ransom theory as well).

Within this theory the death of Christ is understood as a catalyst to reform society, inspiring men, and women to follow His example and live good moral lives of love. In this theory the Holy Spirit comes to help Christians produce this moral change. Logically, in this theory the Eschatological development too becomes about morality, where it is taught that after death the human race will be judged by their conduct in life. This in turn creates a strong emphasis on free will as the human response to follow Jesus’ example. Although Augustine himself differs here in that he did not teach free will, but instead that human beings are incapable of change themselves and require God to radically alter their lives sovereignly through the Holy Spirit.

This theory focuses on not just the death of Jesus Christ, but on His entire life. This sees the saving work of Jesus not only in the event of the crucifixion, but also in all the words He has spoken, and the example He has set. In this theory the cross is merely a ramification of the moral life of Jesus. He is crucified as a martyr due to the radical nature of His moral example. In this way the Moral Influence theory emphasizes Jesus Christ as our teacher, our example, our founder and leader, and ultimately, as a result, our first martyr.

The Ransom Theory of the Atonement is one of the first major theories for the Atonement. It is often held alongside the Moral Influence Theory, and usually deals more with the actual death of Jesus Christ, what it actually means and the effect it has upon humanity. This theory finds its roots in the Early Church, particularly in Origen from the 3rd century. This theory essentially teaches that Jesus Christ died as a ransom sacrifice, paid either to Satan (the most dominate view), or to God the Father. Jesus’ death then acts as a payment to satisfy the debt on the souls of the human race, the same debt we inherited from Adam’s original sin.

“Essentially, this theory claimed that Adam and Eve sold humanity over to the Devil at the time of the Fall’ hence, justice required that God pay the Devil a ransom, for the Devil did not realize that Christ could not be held in the bonds of death. Once the Devil accepted Christ’s death as a ransom, this theory concluded, justice was satisfied, and God was able to free us from Satan’s grip.”

Redemption in this theory means to buy back and purchase the human race from the clutches of the Devil. The main controversy here with this theory is the act of paying off the Devil. Some have written that this is not a fair statement to say that all Ransom Theorists believe that the Devil is paid, but rather in this act of Ransom Christ frees humanity from the bondage of sin and death. In this way Ransom relates the Christus Victor theory. But it’s worth differentiating here because in one way these views are similar, but in another way, they are drastically different.

Classically, the Christus Victor theory of Atonement is widely considered to be the dominant theory for most of the historical Christian Church. In this theory, Jesus Christ dies in order to defeat the powers of evil (such as sin, death, and the devil) in order to free mankind from their bondage. This is related to the Ransom view with the difference being that there is no payment to the devil or to God. Within the Christus Victor framework, the cross did not pay off anyone, but defeated evil thereby setting the human race free.

Gustaf Aulen argued that this theory of the Atonement is the most consistently held theory for church history, especially in the early church up until the 12th century before Anslem’s satisfaction theory came along. He writes that “the work of Christ is first and foremost a victory over the powers which hold mankind in bondage: sin, death, and the devil.” 2 He calls this theory the “classic” theory of the Atonement. While some will say that Christus Victor is compatible with other theories of the Atonement, others argue that it is not. However I have found that most theologians believe that Christus Victor is true, even if it is not for them the primary theory of Christ’s death.

This theory was developed in reaction to the historical dominance of the Ransom theory, that God paid the devil with Christ’s death. Anselm saw that this theory was logically flawed because what does God owe Satan? Therefore, in contrast with the Ransom theory, Anselm taught that it is humanity who owes a debt to God, not God to Satan. Our debt, in this theory, is that of injustice. Our injustices have stolen from the justice of God and therefore must be paid back. Satisfaction theory then postulates that Jesus Christ pays pack God in His death on the cross to God. This is the first Atonement theory to bring up the notion that God is acted upon by the Atonement (i.e. that Jesus satisfies God).

Penal Substitutionary Atonement is a development of the Reformation. The Reformers, Specifically Calvin and Luther took Anselm’s Satisfaction theory and modified it slightly. They added a more legal (or forensic) framework into this notion of the cross as satisfaction. The result is that within Penal Substitution, Jesus Christ dies to satisfy God’s wrath against human sin. Jesus is punished (penal) in the place of sinners (substitution) in order to satisfy the justice of God and the legal demand of God to punish sin. In the light of Jesus’ death God can now forgive the sinner because Jesus Christ has been punished in the place of sinner, in this way meeting the retributive requirements of God’s justice. This legal balancing of the ledgers is at the heart of this theory, which claims that Jesus died for legal satisfaction. It’s also worth mentioning that in this theory the notion of imputed righteousness is postulated.

This theory of the Atonement contrasts with Anselm’s Satisfaction Theory in that God is not satisfied with a debt of justice being paid by Jesus, but that God is satisfied with punishing Jesus in the place of mankind. The notion that the cross acts upon God, conditioning Him to forgiveness, originates from Anslem’s theory, but here in Penal Substitution the means are different. This theory of the Atonement is perhaps the most dominant today, especially among the Reformed, and the evangelical.

The Governmental Theory of the Atonement is a slight variation upon the Penal Substitutionary theory, which is notably held in Methodism. The main difference here is the extent to which Christ suffered. In the Governmental Theory, Jesus Christ suffers the punishment of our sin and propitiates God’s wrath. In this way it is similar to Penal Substitution. However, in the Governmental Theory, Jesus Christ does not take the exact punishment we deserve, He takes a punishment. Jesus dies on the cross therefore to demonstrate the displeasure of God towards sin. He died to display God’s wrath against sin and the high price which must be paid, but not to specifically satisfy that particular wrath. The Governmental Theory also teaches that Jesus died only for the church, and if you by faith are part of the church, you can take part in God’s salvation. The church then acts as the sort of hiding place from God’s punishment. This view contrasts both the Penal and Satisfaction models but retains the fundamental belief that God cannot forgive if Jesus does not die a propitiating death.

The Scapegoat Theory is a modern Atonement theory rooted in the philosophical concept of the Scapegoat. Here the key figures Rene Girard and James Allison. Within this theory of the Atonement Jesus Christ dies as the Scapegoat of humanity. This theory moves away from the idea that Jesus died in order to act upon God (as in PSA, Satisfaction, or Governmental), or as payment to the devil (as in Ransom). Scapegoating therefore is considered to be a form of non-violent atonement, in that Jesus is not a sacrifice but a victim. There are many Philosophical concepts that come up within this model, but in a general sense we can say that Jesus Christ as the Scapegoat means the following. 1) Jesus is killed by a violent crowd. 2) The violent crowd kills Him believing that He is guilty. 3) Jesus is proven innocent, as the true Son of God. 4) The crowd is therefore deemed guilty.

James Allison summarizes the Scapegoating Theory like this, “Christianity is a priestly religion which understands that it is God’s overcoming of our violence by substituting himself for the victim of our typical sacrifices that opens up our being able to enjoy the fullness of creation as if death were not.”

While it’s fun to think about these theories I don’t think one of the theories conveys the vast fullness of the atonement, especially when the word atonement literally comes from the phrase ‘at onement’. This is a complex issue and it may be that a combination of these theories gives us a better picture of what Christ’s work on the cross did for us. The great thing is that we are saved by Jesus and not by theories. It’s a good and healthy thing to look into theology, to better understand what we believe and why, but we must never let the pursuit of knowledge about Christ overtake the relationship we have with Christ.

In Christ our redeemer Ps Jeff

I definetly identify mostly with Penal Substitution and with the ‘great exchange’ of 2 Corinthians 5:21. But I do agree that, brought together, all the theories help us gain a richer depth of just what Christ has done and to “comprehend with all the saints what is the breadth and length and height and depth and to know the love of Christ that surpasses knowledge, that you may be filled with all the fullness of God.” Eph 3 I think this is why we need eternity, it will take us all of eternity to grasp it! Also, as a side… Read more »